Hundreds of miles and a little snow 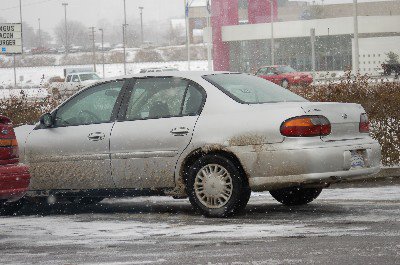 That was our experience the end of last week. I get antsy after driving a while, and this trip made me want to get a credit card just for airline miles. We headed out on Friday morning to drive to Clarksville, TN to meet Justin's parents. We had left Jonathan for a visit with them the weekend before when we went to Atlanta. We had to meet them at Ashely's house to get him back. If you don't know, Clarksville is northwest of Nashville about 45 minutes. That makes it a loooong drive from here. Add to that the curvy stretch of I-40 through the mountains and a wreck that slowed down traffic in Knoxville, and you ge a grumpy me.

I was a bit happier after some sleep and seeing the snow that had fallen overnight. It was real snow--powdery and all. It was only and inch or two, but it was the most we've seen this winter. The roads were not so good to get to Louisville and it was still snowing pretty hard most of the way. It was so pretty, but slowed us down quite a bit. 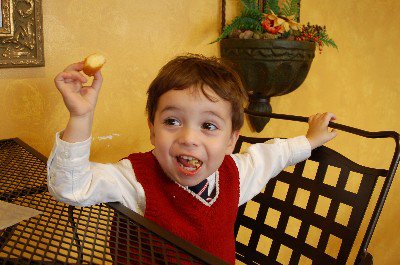 Finally we arrived for the wedding of our friend TC and his bride, Amanda, whom we've never actually met. It was on the campus of Southern Seminary in the Broadus Chapel, and despite being there early, we were actually late for the wedding. Somehow Justin got the idea that Louisville is on Central time. WRONG. If you ever plan to visit Louisville, you should probably know that--we didn't. We were shopping at the bookstore, and then Jonathan had a donut at the Founder's Cafe. When we walked back into the building connected to the chapel, we heard singing coming from that direction. Anyway, we just missed the singing at the beginning--not entertainment type singing, but congregational type which Jonathan doesn't do so well with just yet, so it may have been a good thing. They are officially married now, and we did see that part. 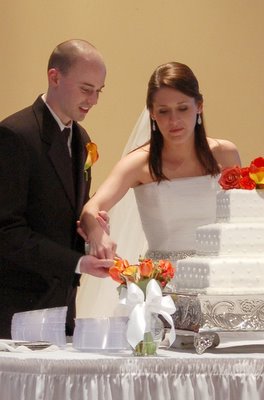 It was great to see TC, if only for a few minutes, and to get to see some friends we haven't seen in a while. Of course, Justin had fun talking theology, current events, and general church stuff with David and Aaron. It was good to finally meet Brandon and Aaron's special friend (in the photo with the big hair--not her, but him--with big hair I mean) . Jonathan liked her. He also had fun being a little kid with Isaiah. They kept each other company during the excruciating wait for the cake to be cut. And the happy couple were off to Chicago in February. I hope they are staying warm. 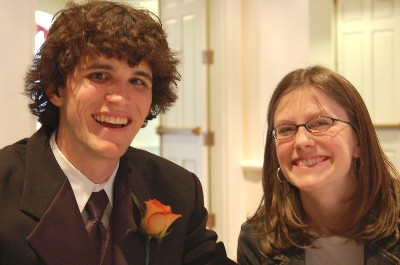 Posted by Crystal @ A Well-Feathered Nest at 3:37 PM

Email ThisBlogThis!Share to TwitterShare to FacebookShare to Pinterest
Labels: out and about