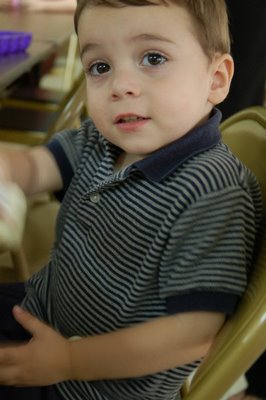 He couldn't quite hold on to that resurrection egg until it was his turn to open. I think next time we need to give him the first one. 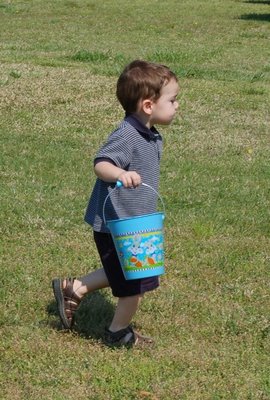 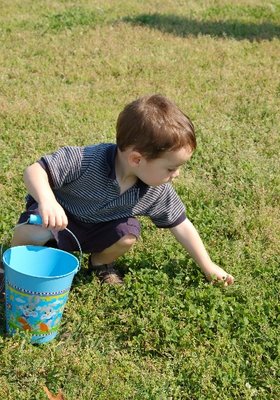 He finally learned that there were lots of little candy eggs hidden in the patches of clover. They were a bit tricky to hide. 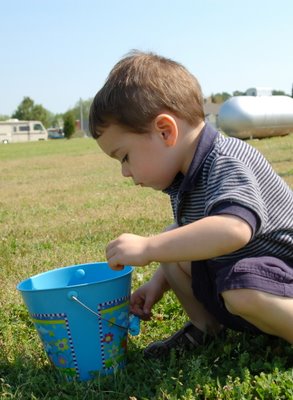 He decided to meet up with his big kid friends to give them the one plastic egg he found. 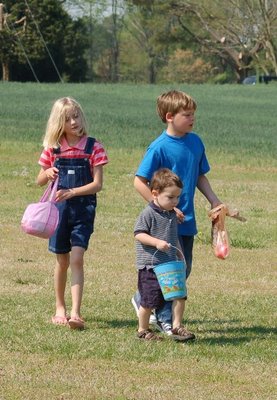 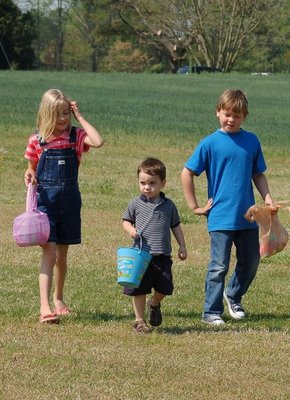 Then they morphed to angry Jonathan and his misfit posse! (That's supposed to be a funny crack about the bad photo I just happened to get.) 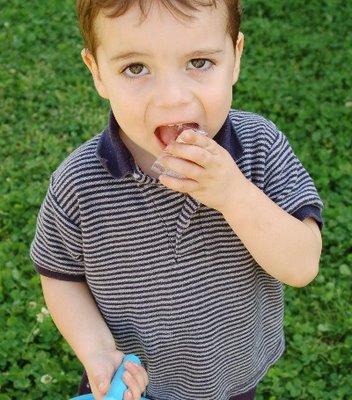 He couldn't wait to dig in to the candy eggs--not even long enough to let someone take the plastic off. 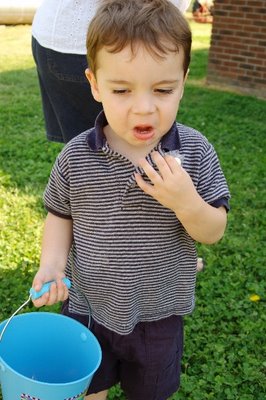 I think he decided he didn't really like them that way. 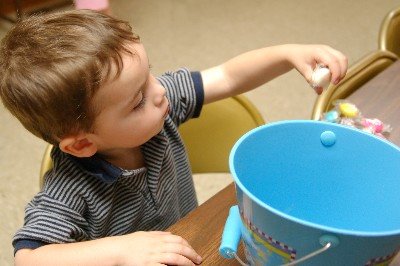 So he finally made it inside, and counted his loot. He ended up with 15 little candy eggs. Not so bad for a little guy I guess. If nothing else, he had a really fun time running around outside.
Posted by Crystal @ A Well-Feathered Nest at 4:31 PM