A Day at the Farm

Well, really it was just an afternoon. We kept saying we were going to take Jonathan to the pumpkin farm, but things kept coming up--or the weather wasn't cooperating. I was afraid it would be cold today, but it ended up being really nice when the sun came out.

I think Jonathan had a lot of fun, and he didn't really want to leave although we had done a little of everything. Mostly he was worn out, and he needed a nap. He was a little disappointed that the train was broken down, but there was lots of other fun stuff to do.

Here is a photo of the giant slide across the kiddie area. 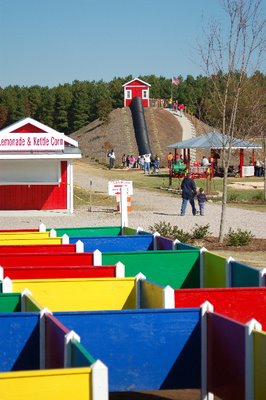 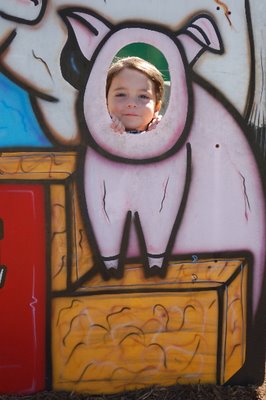 This is at the end of the giant slide. Jonathan was a little upset that he couldn't go by himself, but you have to be over 4 for that. 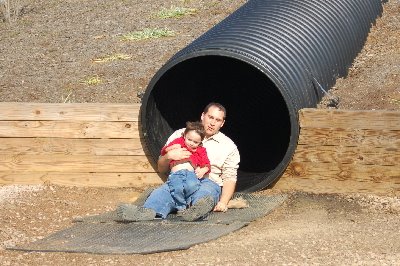 This is the bounce house. That was what he was most looking forward to. He got in a few times, but we had to cut him off when he started trying to wrestle some little girl who was so not into wrestling. 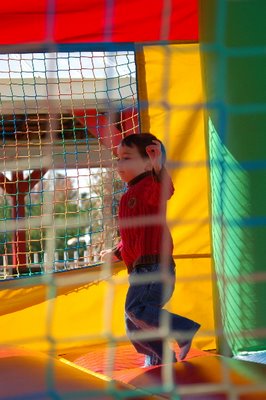 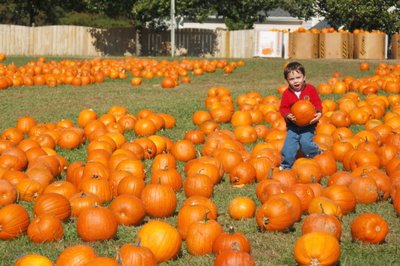 We got to go on a hayride that took us through the woods to the "pumpkin patch" where we were able to pick out our own pumpkins. Jonathan had a hard time deciding, but he ended up with a baby pumpkin. 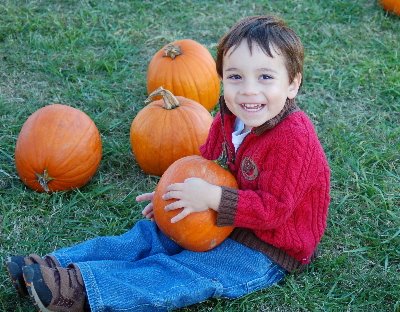 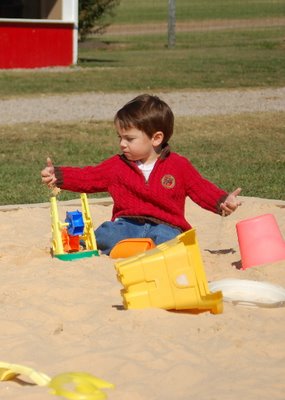 He enjoyed sitting in the giant sandbox. I think he was the only kid there who actually played in it, but he didn't want to get out.

Finally, the boys had fun playing in the dirt mining for gems. They got muddy hands, and we got a baggie of colored rocks to take home! 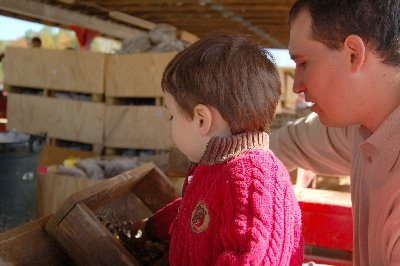 Posted by Crystal @ A Well-Feathered Nest at 6:48 PM

Email ThisBlogThis!Share to TwitterShare to FacebookShare to Pinterest
Labels: family, out and about, simply photos