Our boy is worn out and still sleeping. I'm letting him sleep since he's had a long weekend and the next few days will be pretty crazy as well. I find it's sometimes better to have a late sleeper than a cranky almost-four-year-old. 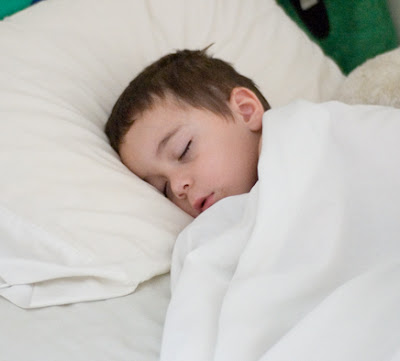 Last week was busy, and we spent Friday getting a new tire (which always takes waaaay longer than it should) and gathering supplies for Vacation Bible School this week. On Saturday, I was working on some banners and things for my shop, and then Grandma and Grandaddy Nale stopped to visit for a while on their way to Virginia and then to New Jersey. It was a great time since we don't get to see them all that often. I can't believe I didn't get any photos, though.


Jonathan wanted to show off his new bike Grandma and Grandpa got him for his birthday. Then he had a run in with the hill that is our driveway. Now he has a few skinned parts, but he's not afraid to get back on.

Jonathan also showed Grandma and Grandaddy Nale how much he loves "panacakes" when we went to Cracker Barrel. I think he had to show Grandma half of his toys and how they work! They were able to visit with us for church yesterday and then they were off.

Then last night was the first night of VBS, so we were at the church early putting together decor and completing last minute tasks. In the end, it was a bit crazy, but I think everyone had a good time. NowI just have to memorize four more nights of lines!

I hope to have more photos of all the fun, but I did get one of Jonathan at the closing. He had already shed his cowboy hat and bandana. He was especially good at following along with the motions for the songs last night! 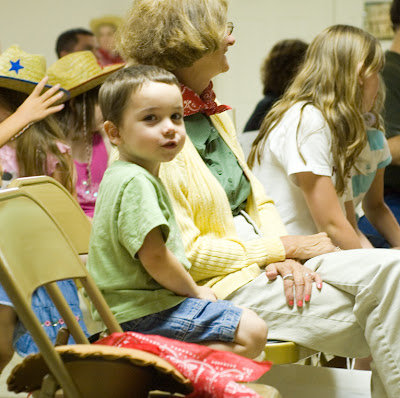 Posted by Crystal @ A Well-Feathered Nest at 9:46 AM