I'm not making any promises...

..but I think I'll try to keep things updated over here. We're still in a crazy time, and I'm still not feeling 100%, but hopefully we're moving forward from this point.

I have a few things that I need to take photos of--like the soccer uniform and the little guy's new bedroom stuff or our new white den (yay!). I haven't had the camera out so much, though, and we're in the yard sale prep process, so I can't really get a pic of the bedroom that I'd be willing to post. However, I did take some funnies a little while ago. J was telling me what to take pics of, so I definitely have to share them. The lighting is bad right now, but that will be ok.

He was playing in the newly revamped office (that isn't supposed to be a playroom anymore, but apparently he didn't get that memo), and I just had to get a pic of the way he left the instruments. We picked these up for the new class we're starting at church tommorrow, and he's been trying them out. Then he was posing, but later he said I had to take a photo of the cars all lined up. 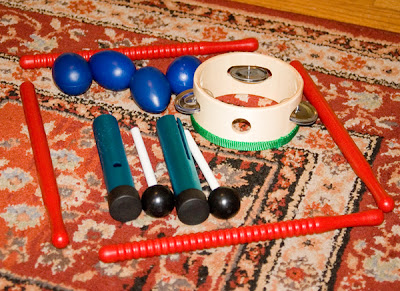 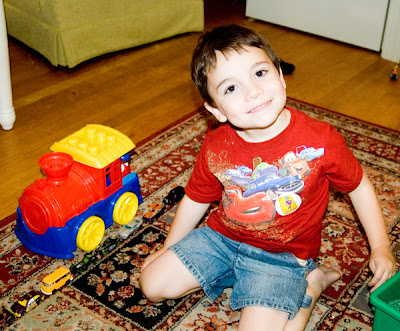 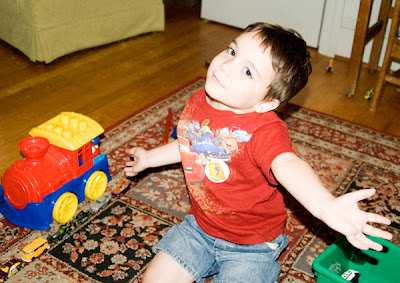 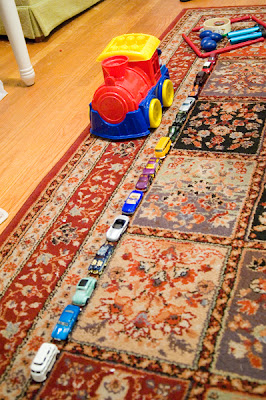 Posted by Crystal @ A Well-Feathered Nest at 9:09 PM