Although, there is only one game left for the year, and each practice seems to have grown less and less effective for some of the kids, we seem to have made progress. On Saturday, the little guy scored 4 goals, and they were all in the right goal. Some of the kids still have trouble with that. Others would rather be doing other things. But he's happy he's been able to learn. He was even reinacting it for me a few minutes ago. 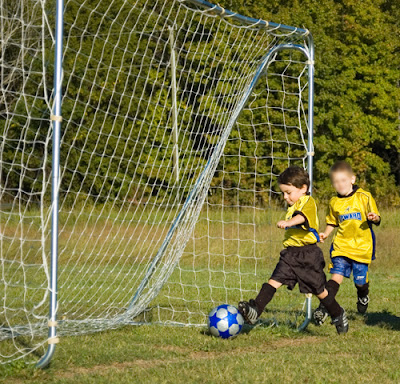 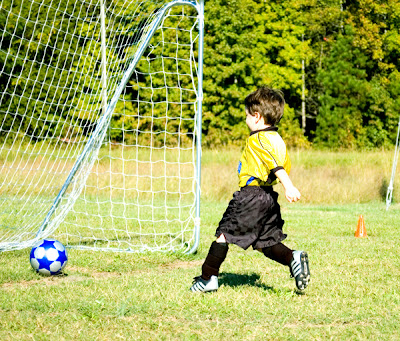 Also, as I was digging sand spurs out of the *ahem* beautiful goldenrod carpet in the den earlier, I was thinking about how I really am excited that we should be moving very soon. I haven't really been letting myself about much other than getting stuff done until after the craft fair this weekend. And with the mess that has created, I really don't want to think forward to packing all that stuff up--much less what I'm going to do with it when it's out in the den in the new house.


Anyway, back to my thought. We seem to have worked out the loan issues with another bank to our advantage since we'll be able to forego PMI, and that will save us money on our payment each month. Apparently we have to do some sort of "mortgage counseling" stuff for the bank, but it seems like they're doing that for everyone now. We also had someone offer to help with some of the closing details to save a little on the costs, and it worked out that she is with the attorney that our realtor had already set up our closing with. And the closing date has been moved up to the 16th since they will be out of town on the 19th.

Jonathan is excited about going to Grandma and Grandpa's for Thanksgiving--especially when we clarified that we would tell Maw Maw and Grandaddy where the new house is so they can bring him back there instead of here. He thought they wouldn't know where it was, and he would never see us again. We have no clue what we'll be doing, but if anyone would like to help us at some point that week, we'd be all for that! We'll probably have to get a moving truck at some point and some really strong friends to help us with the play set (and maybe someone who can figure out how to take it apart without destroying it).

We're dropping off the final paperwork at the bank in a little while and going by the house. I hope to get some better pictures so you all can have a peek and so we can refer to them when planning. So you can keep a look out for those. Let's just hope that the inspection doesn't become an issue. We don't expect it will, but with our past experience we know anything is possible.
Posted by Crystal @ A Well-Feathered Nest at 2:01 PM