This past Thursday was the last day of Jonathan's Classical program for this year. We'll see how long it takes before he's asking when we'll go back. We have decided to stick with it because the curriculum makes classical sooo much easier than trying to coordinate it all yourself. Plus he does enjoy meeting together with the other kids, and he really likes having the time for hands-on art and science that isn't always as easy to work in at home.

It's so hard to believe that we'll really be starting with kindergarten this year. I was starting to stress about it a bit until I went back to look at the SCS for kindergarten. It's not so scary. Now we just have to narrow things down to decide how we're going to tackle the phonics problems we've seen, and we're trying do decide if we want to go with a formal math curriculum for K or not. Justin likes the idea of Math U See while a lot of books discussin the classical method seem to favor Saxon. I've yet to take a good look at either of them, so that's goin on my list of things to do.

We'll be headed back to the NCHE conference in May mostly because Justin found out that Paul Tripp will be there, and he's interested in hearing some of his seminars. At least that will give us a chance to get a good look at some of the curriculums we're wondering about.

Anyway, I was finally able to get some pics of a few of the things they generally do each week.

He always like the hands-on part of the science time. This weeks facts are the units of measurement for electricity, so they talked about current. 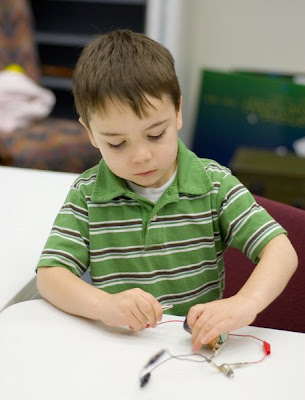 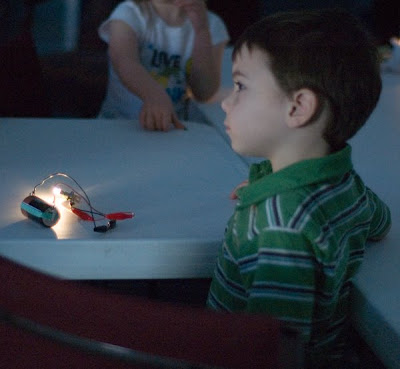 They usually get up and move when it's time to learn the english grammar fact. 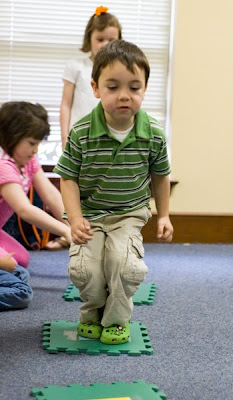 And this week, he decided to bring the Spiderman potato head for his presentation. 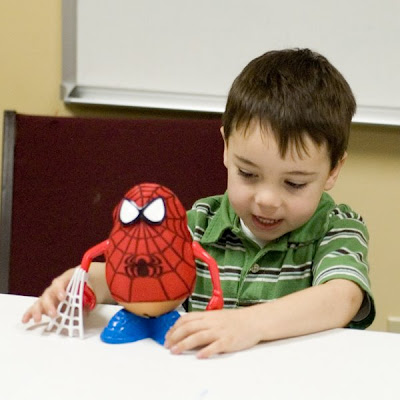 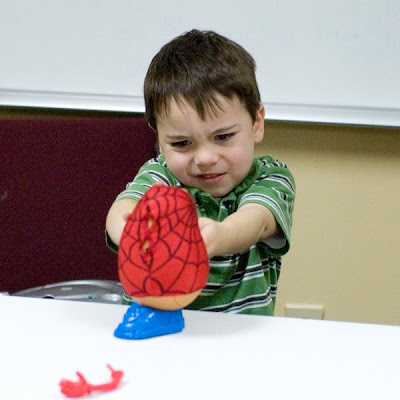 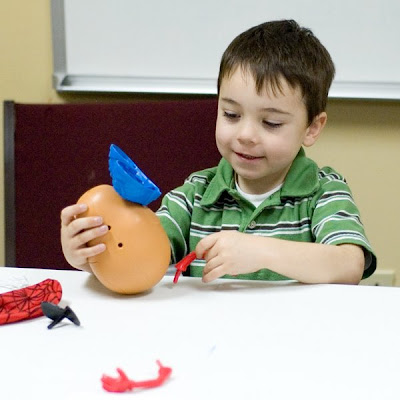 And it's a bit blurry, but he was excited to get his certificate for completing the year. I think he was more excited about the pizza and cupcakes after that, though. 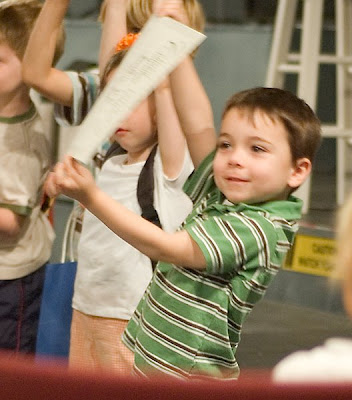 Posted by Crystal @ A Well-Feathered Nest at 2:00 PM