On Monday, we took a field trip with our Classical Conversations group and a couple of others to a place called Camp Flintlock. The children were placed into groups that traveled to various activity stations to learn about different things from the colonial period. 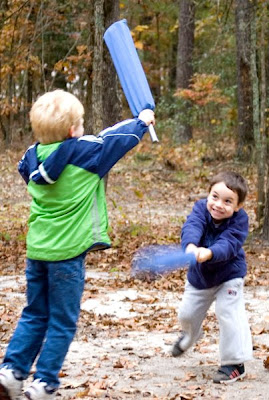 He was able to dress up in period attire at one of the stations. 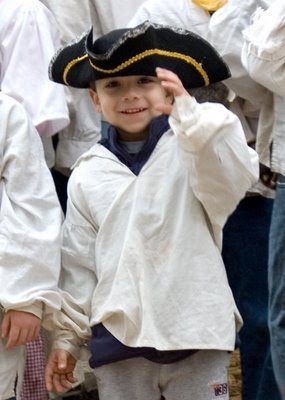 The students were also introduced to several games that would have been played by the children, and they finished up that station with a game of tug of war. 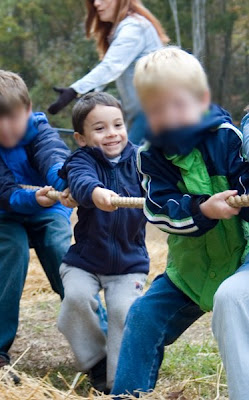 There was even a little shop where Jonathan picked out a dress hat. 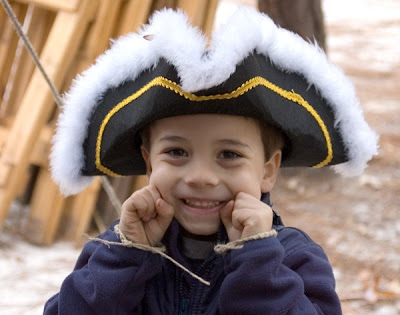 There were also stations where they learned to tie a monkeychain, crossed a monkey bridge, and made an indian necklace out of buffalo horn and glass beads. The workers gave some very interesting demonstrations of weapons and music and other Colonial things. 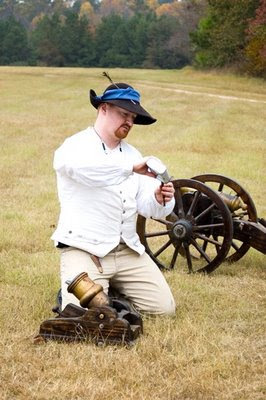 Posted by Crystal @ A Well-Feathered Nest at 8:00 AM

Email ThisBlogThis!Share to TwitterShare to FacebookShare to Pinterest
Labels: homeschool, out and about