My overall whininess was revealed. 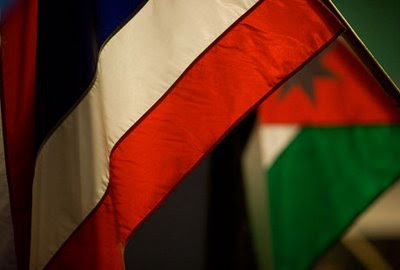 Is whininess a word? One of the highlights of our time at the BSCNC earlier this week was a missions celebration and IMB missionary commissioning service. It was so exciting to hear where each of the couples and individuals had come from and a bit about where they are headed both geographically and in ministry.

There were several who are being sent as a part of the Masters program which is designed for those who are called to missions later in life, some were singles, and others were newly married couples. One thing unified them all. They are headed out to often unfamiliar places and cultures. Many of them are giving up the comforts and cushiness of the American lifestyle all for one purpose--to share the good news of Christ that he might be worshiped in new places and by new people.

Every time I hear a good sermon about missions, or I watch a video, or have another similar experience a little part of me wonders if I'll ever be a goer rather than a sender. A little part of me wishes to be a goer. I was thinking this Monday night as the stories were being told and the flags of the countries filled the room. Then I remembered how cushy and convenient my life is here. I don't have to worship God in secrecy or hide myself under layers of clothing because I'm a woman or trek through the jungle to visit people. But I still whine and complain and make excuses--every day.

If I am so whiny--and often neglectful--about doing ministry here, why should I ever think I have what it takes to be called to a more difficult place? Now, I know that it's all about the power of Christ in me to do what he commands, but still. I should probably be less complacent about doing what he commands HERE first. It's such a comfortable mission field...right out my back door.
Posted by Crystal @ A Well-Feathered Nest at 9:35 AM