I didn't mean to run away for so long, but it seems like there is always something more important than blogging to be done. The good news is that I've found our house under the piles of laundry and dishes, everyone is well, and I'm starting to get some deep cleaning and decluttering checked off of my list as well. That means a bit more time for blogging might find its way into my schedule in the near future. Of course, as soon as I say that something else will probably come up.

In the process of focusing on getting things up and running a bit more smoothly around here, I had several weeks worth of photos hanging out on my memory card. Getting those onto the computer was a good little recap of what we've actually been up to.

Jonathan is done with basketball now, but he has a team party coming up. He says he wants to play again next year, but let's just say it wasn't as easy for him as soccer was. It doesn't help that he got my genes, and he was a head shorter than some of the other kids. He had fun, and he did get up the nerve to take a shot a couple of times. He even made 2 baskets during practice. 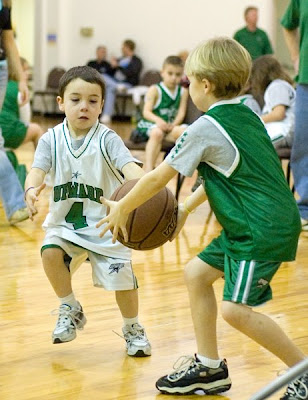 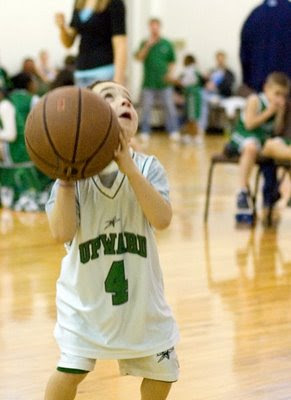 This photo is from David's birthday. It was sooo windy out there again. It was definitely reminiscent of the day we had his service. I'm just wondering now why Jonathan didn't have a coat on. It was freezing. 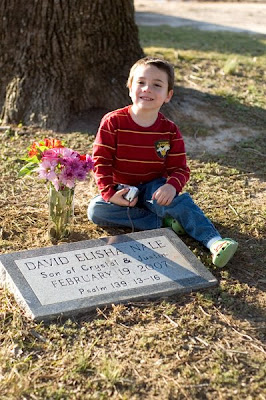 You can also see that we're definitely in trouble now. Benjamin had a cold last week, and he ended up taking breathing treatments for several days. I stayed home with him on Thursday to give him his treatments while Justin took Jonathan to his Classical group. I was being sneaky catching him playing while the big boys were out. 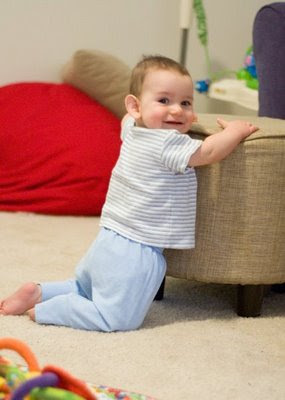 Then when I turned back around, this is what I saw. He was 8 months and 1 day. I'm not ready for this. 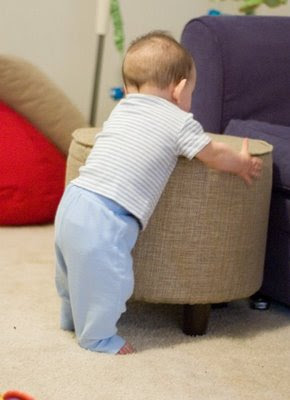 Uh oh. It definitely wasn't a fluke, and I'm very surprised we haven't had a big goose egg on that head yet. He's keeping me busy. 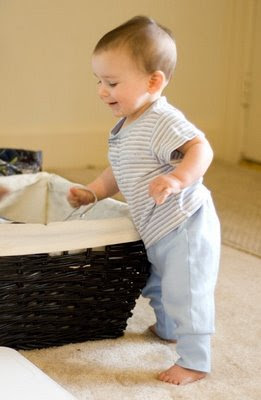 So that's what we've been up to. That and a lot of cleaning, dishes, and decluttering.
Posted by Crystal @ A Well-Feathered Nest at 2:10 PM