Lately we have been just enjoying summer around here. Jonathan had swimming lessons for the past 2 weeks at the city pool. It's areally nice pool that used to be private and is now run by the city. 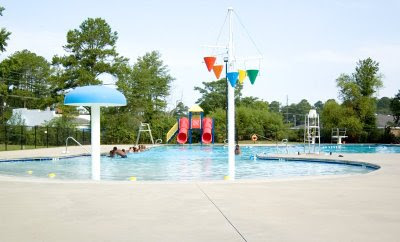 His lessons were every morning, and that succeeded in throwing us completely off schedule for the most part. I definitely didn't seem to get much accomplished.

He is doing MUCH better as far as his swimming goes, though. The every day lessons seem to be more effective than the once a week lessons he had last year. That was with only 3 kids in his group before. Now he's putting his face in the water, and he has the breathing down (that's the part I still can't do). He is already asking about next year. 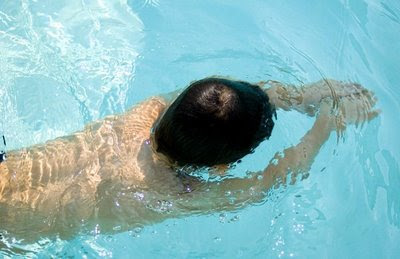 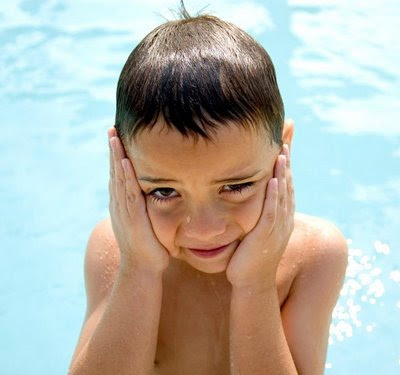 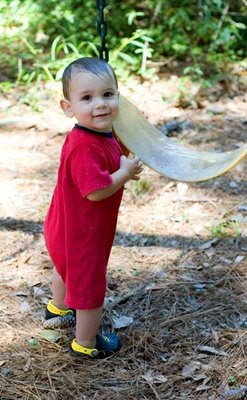 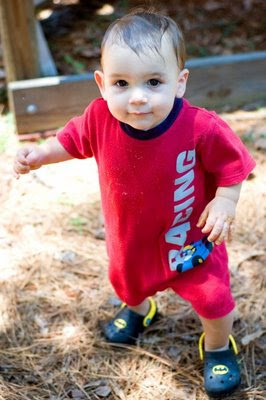 Benjamin has mostly been walking all over and exploring everything he can get into. He likes to be outside. He especially likes to head toward the road when we let him play outside. He's a sneaky one. 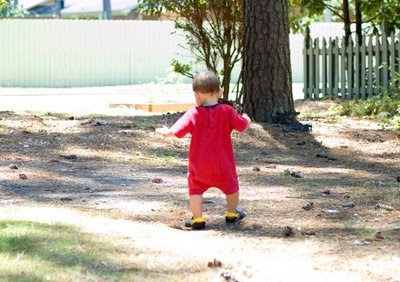 And this is his giant bandaid from his 1 stitch, but that's a whole other story. 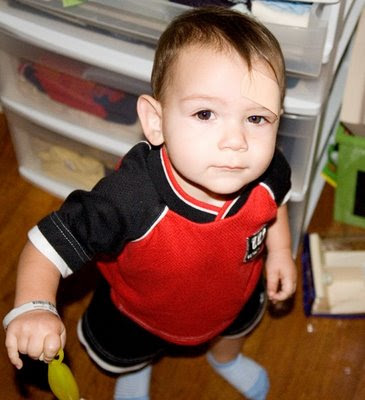