I have to say that after having these two for a year I am constantly amazed--and blessed. There are just so many things that make me smile that we'd miss if we only had one child. It's definitely a lot more work this time around, but there are so many wonderful things about watching big-little-brother interactions.

Benjamin learns so much from his big brother (not always a good thing), and Jonathan is definitely learning a lot about how to live with a little person around. Most of the time, he totally loves his little brother, though. He especially loves to wrestle and give him hugs. 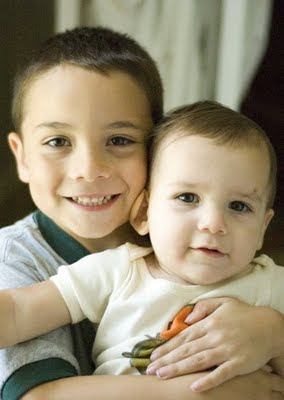 Benjamin isn't always in the mood, though. And he's not all about being bossed around. 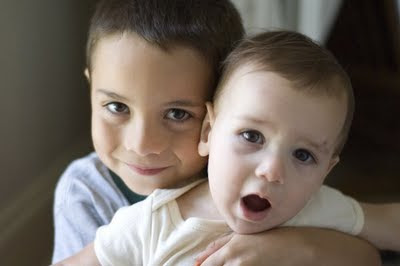 The fun never ends! I thought I'd throw in a pic of his first stitch just for kicks. It's been out a week now, and it mostly looks like he just had a scratch over his eyebrow. 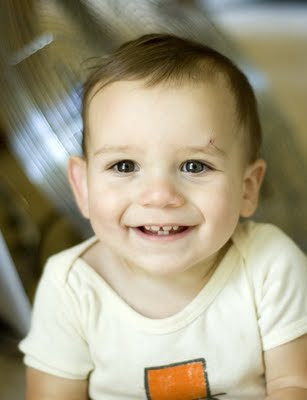