You may have seen information posted around the web today about the anniversary of the Roe v. Wade decision. Or you may have received information from your church or another group this week about how many unwanted children are aborted every year. It's all true, and we hear about it frequently.

I don't feel the need to reiterate all of that today, but I wanted to address the side of things that we don't hear about nearly as often. Some babies are dearly wanted, but their lives are still ended prematurely. I wanted to address the exception that so many make to the pro-life stance and challenge the thought process behind it to simply say that life is precious. Every person has been perfectly created in his mother's womb by God. 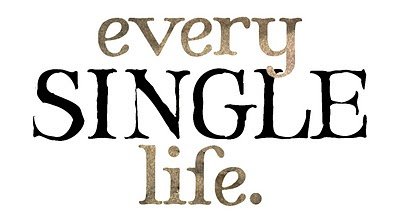 Just over 3 years ago when we received our baby's diagnosis via ultrasound, one of the first things we were told was that we had the option to be assisted in leaving the state to have an abortion performed in another state. I was hit full in the face with that option, and I was appalled by it. In other situations, families are offered the option of inducing early. It may sound more humane because in that situation you aren't having a procedure that will physically end the life inside of you, but the baby will be delivered before there is any chance of him surviving on his own.

I recognize that this is NEVER an easy choice. I am not here to condemn anyone. There is always pain involved--no matter what choice is made. But I do believe that our God is sovereign, and that He is willing to bring blessing and reveal Himself through the life He has created...no matter how long or short it may be. It is a difficult trial to face, but there can be healing in the midst of the difficulty. God will be glorified when we choose to accept even the tiniest of lives as His handiwork and consider them sacred.

I came across this video that chronicles that process in the life of one family. Let's weep with them, and feel their joy. Let's choose to see beauty in every life that God has made.


99 Balloons from Igniter Media on Vimeo.

For you formed my inward parts;
you knitted me together in my mother's womb.
I praise you, for I am fearfully and wonderfully made.
Wonderful are your works;
my soul knows it very well.
My frame was not hidden from you,
when I was being made in secret,
intricately woven in the depths of the earth.
Your eyes saw my unformed substance;
in your book were written, every one of them,
the days that were formed for me,
when as yet there was none of them.
- Psalm 139:13-16 ESV
Posted by Crystal @ A Well-Feathered Nest at 1:37 PM