Proof that anyone can have a garden

Seriously.  I have a long history of being really good at killing plants, and I knew very little about gardening in general until last year.  I made my first attempt at having a square foot garden, and in the end it amounted to some really expensive basil.

If you saw our house, you'd know that our back yard could probably pass for a forest if not for the fact that it's in the middle of  a neighborhood in the city.  We have a lot of pine trees.  That means we also have a lot of shade and pine needles.  After the failure of my box in the most hopefully sunny space in our back yard last year, I decided that I'd have to move my boxes to the side of the house if I wanted any chance of growing actual vegetables. 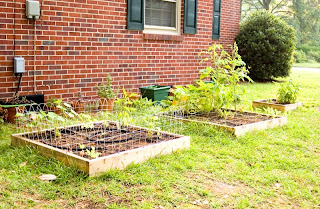 I am so glad that I decided to give it another shot.  I have already learned a lot of things that I will do differently or try out next year, but overall it's been a massive improvement from my previous failure.  I've  been able to have salads from my own lettuce, tomatoes, squash, and spinach.  Plus, there is hope that other goodies are on the way. 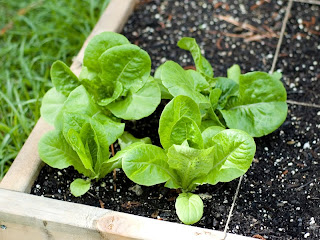 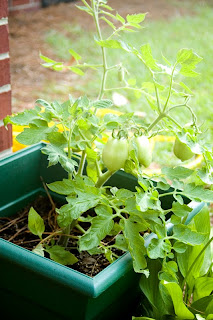 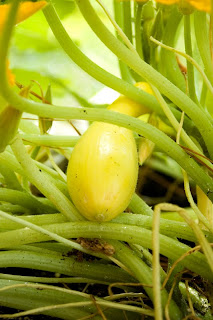 I'll share some specifics about what I've been doing in the garden and what I have learned later, but I wanted to start out by simply showing you that it is possible to have a garden with just little, space, sun, and time. 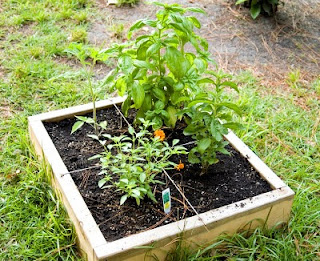 Posted by Crystal @ A Well-Feathered Nest at 4:24 PM

Email ThisBlogThis!Share to TwitterShare to FacebookShare to Pinterest
Labels: in the garden