All The Other Ornaments

I shared before about how it was difficult to find ornaments for our tree in the beginning, but that really isn't the case any more.  In the last several years, I have found that there are more and more appropriate ornaments available.  They still seem to be vastly outnumbered, but at least there are some out there to purchase.

Of course, one reason I have seen more ornaments could be that I always end up in Lifeway with my husband.  That is another store that we didn't have locally in the beginning.  Several of the store-bought ornaments that we have added in the last couple of year were purchased at Lifeway when they were marked down after Christmas.  This year I was able to benefit from my husband's spending habits and use a coupon he received for making a purchase to buy a couple of new ornaments. 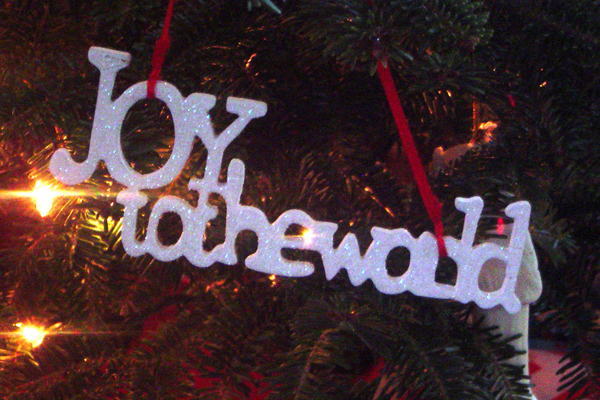 I wish I had better photos because there really are some pretty ones, but my big camera is in the shop, so I had to work with my 7 year old's point and shoot.  I got some that say "Joy to the world" and "Peace on earth."  You can't really see how glittery they are in real life. 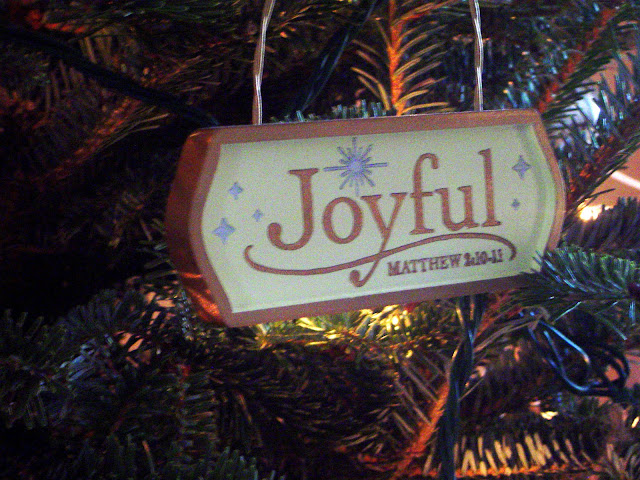 This is one of my favorites that I purchased after Christmas lat year.  It actually has the words to the Scripture from Matthew on the other side.  Since I am drawn to using meaningful words, I have seen that there are inexpensive options available at places like Wal-Mart and Target.  Wal-Mart has a whole section of glittery ornaments for $1 each.  That's pretty thrifty.  We have a couple that say "Peace" and "Joy."  They were actually meant to be gift toppers, and I found them on clearance at Target. 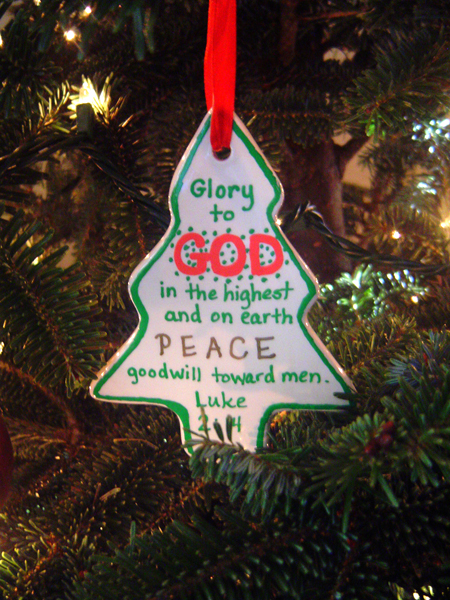 Over the years, we have also been given ornaments by friends far and near.  This tree was given to one of our boys this year by a friend  from our church.  Isn't is super cute?  I love how simple and perfect it is for our tree, and I have to admit that I already found the blank ceramic ornaments 60% off at Michael's.  Guess who stocked up for next year!

I also have a handful of plain photo frame ornaments that I got after Christmas one year.  I intended to add printed Scripture to them, but I just never made it that far.  That would be another inexpensive option, and it reminds me more of something you might see in a Pottery Barn catalog than my handmade ornaments. 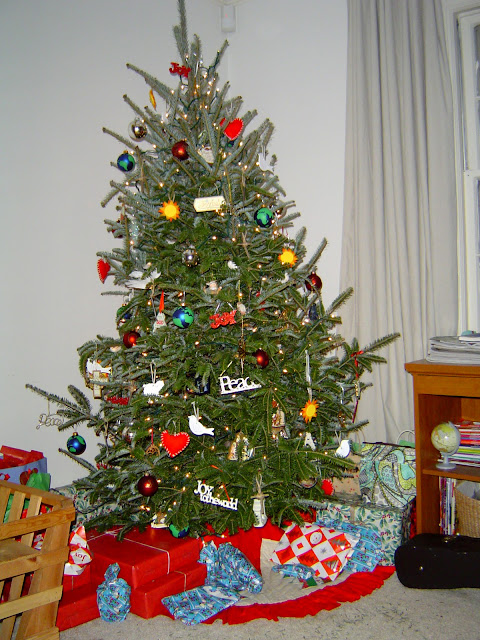 This year we ditched  our artificial pre-lit tree (that had a huge chunk of lights out) for a real, live tree.  It's my first time ever having a real tree!  It's a little crooked and has some totally wild branches here and there, but my photos don't really show off how pretty it is. 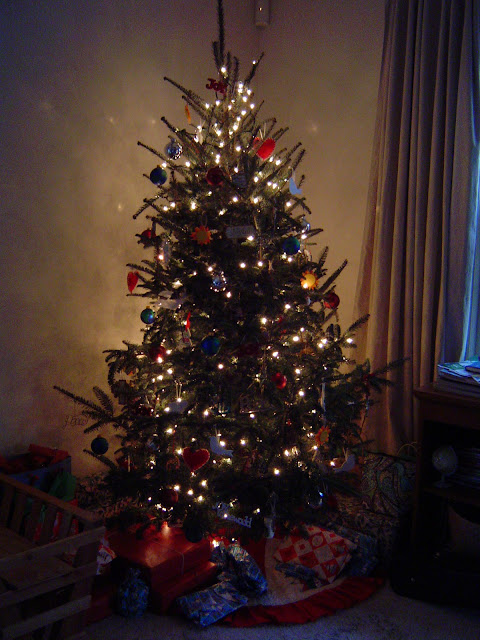 At this point, I should probably add that I don't stress over decorating the tree.  We envision a time when our boys can dig into the ornaments and we can talk about the meaning behind the different ones as we decorate the tree together.  For the most part, we try to help them space similar ornaments out, but we let them put many of them wherever they want.  We did fill in on the top, and I moved a few things around, but they did a lot of the decorating themselves. 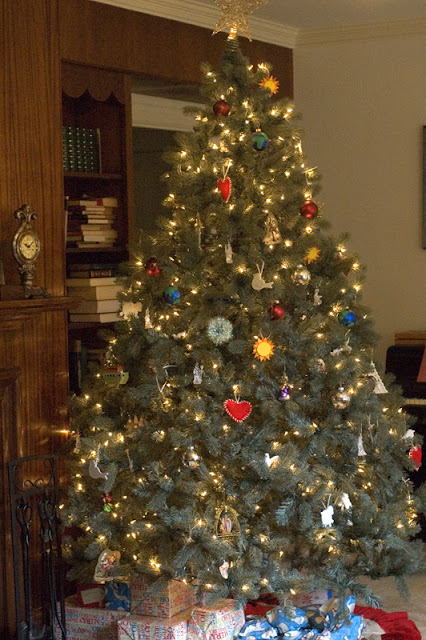 This is a better photo that I shared of our artificial tree last year.  It was bigger, so the ornaments were a bit more spaced out, and we had to remove some of the glass balls from the bottom to save them from Benjamin and his stick.  Our tree isn't grand, but I think it fits our family.  Most importantly, it's becoming a tool that we can use to teach our children about the first coming of Christ as we seek to look forward to the second coming.
Posted by Crystal @ A Well-Feathered Nest at 8:56 AM

Email ThisBlogThis!Share to TwitterShare to FacebookShare to Pinterest
Labels: faith, holidays and celebrations