A Tale of Three Tomatoes

Probably two months ago, I bought some patio tomatoes to set out in my garden.  They came in a four pack, and I liked the idea of compact plants because I wasn't really sure where I would put them.  In the beginning, there were four plants that were all around the size you see in this photo.  They were tiny. 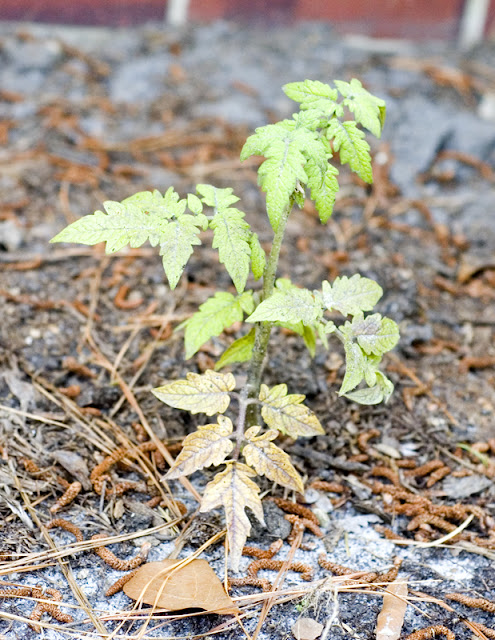 Pretty soon after I purchased the plants, I planted one in a big container to place in my front yard.  I placed another one of these tomatoes in one of the 4x4 boxes by the side of the house that I made last year.  I eventually planted the last two plants up by the house in my front yard for an experiment.  You see how much they have grown (or not) from the current photo above.

After a while, I noticed that the tomato in the container in the front yard was outgrowing the one in the actual garden box by leaps and bounds.  I had suspected that my poor yields last year were due to lazy watering and possibly poor soil, but I started to think I might be wrong.

This is what the tomato plant that is in the container in the front yard currently looks like.  It is strong, very green, and it's already got several green tomatoes on its vines. 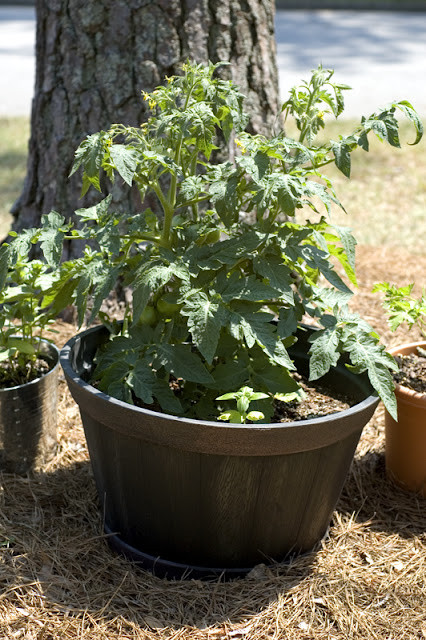 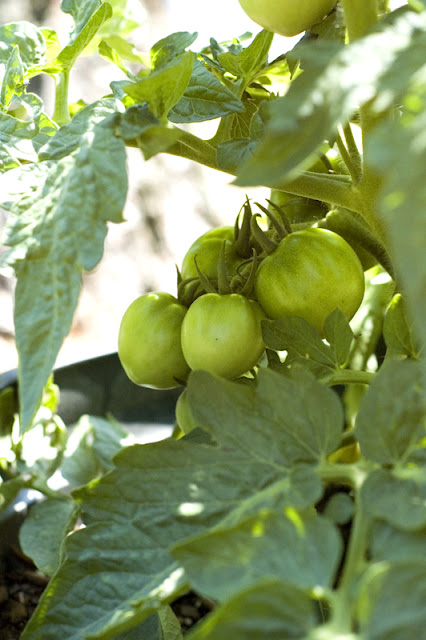 Seeing how this plant took off made me realize that the major problem with the side yard garden must be it's lack of sunlight.  I knew it didn't get ideal amounts, but I had hoped it would be enough.  Since I had already purchased several plants, started some from seed, and bought seeds for those that I planned to sow directly in the ground, I started to devise a plan to save my garden.

My plan was to not worry about what our neighbors would think and move a large part of the garden operation to the front yard.  I agonized over just how to do this for quite some time, and I was even a little nervous to share what I was doing here lest you all think I had gone off my rocker.

Here's a little peek at the plant that I moved from the side box to the front bed.  It's still small, but it's grown a lot in the couple of weeks it's been out there.  It looked a lot like the first photo when it was moved. 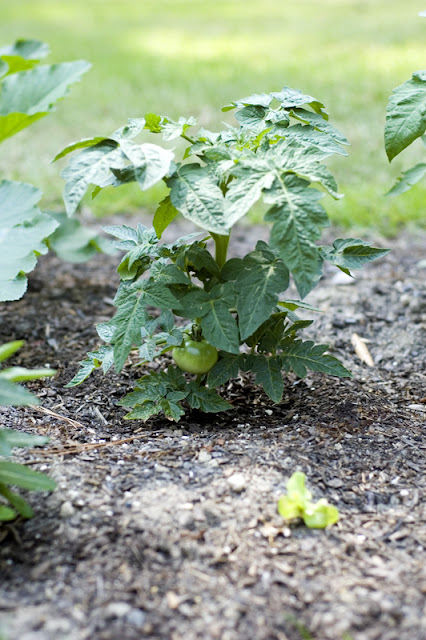 Now that I can see a huge difference in how everything is growing and my neighbors are actually admiring my beds, I think I am brave enough to share my craziness with you all.  I'll be sharing many more photos and some details soon.

Have you ever done something crazy in the name of gardening?
Posted by Crystal @ A Well-Feathered Nest at 8:00 AM

Email ThisBlogThis!Share to TwitterShare to FacebookShare to Pinterest
Labels: in the garden