I haven't done a very good job of updating for the month of February, but I did a better job of staying on track.  In the end, we spent around $225 on groceries in the month of February.  That isn't quite as good as I had envisioned because it doesn't include household items which are included in this category in our budget.

I have cut myself some slack, though, because we did restock some things that will be used in March and probably well into coming months.  During February, we bought 20 lbs. of rice, new bottles of honey and maple syrup, a huge bar of chocolate for baking, and a big round of apples and oranges that will last us through next week if not longer.  Also, we hosted friends and part of a progressive dinner, and I did spend more than I had planned to make those times easy and fun.

I hope I don't sound like I'm all excuses.  Life happens, and it is what it is. 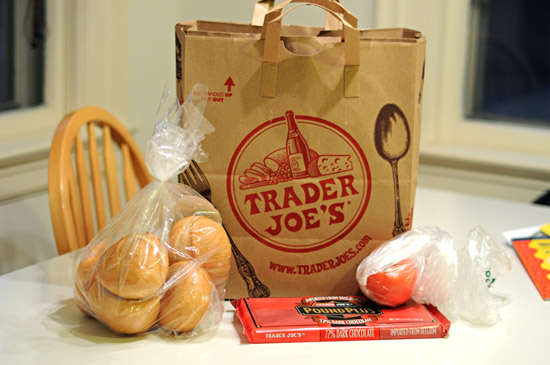 If I had been trying to eek out as much savings as possible, then I wouldn't have bought these things.  I decide to stick with real life and restock some things since we don't get by Trader Joe's very often.  Also, even the household supplies we did purchase were similar restocking purchases.  I didn't figure the overall amount, but I know it was still below our typical household and grocery budget.

All in all, I don't think it was too bad, and we're using the extra cash to work on some gardening projects. I am thinking that I will continue this challenge through the month of March because I still have a way to go in clearing out the freezers.  I also want to focus on cutting down food waste and improved menu planning.  Maybe I'll have some tips to share in the coming weeks!

Email ThisBlogThis!Share to TwitterShare to FacebookShare to Pinterest
Labels: frugal living, in the kitchen, pantry challenge